If you want to beat your competitors in the Facebook ads race, it’s not just the shiny ad design and powerful copywriting that you need to master.

You also need to know how to target the right Facebook audience and optimize your ad bidding.

If you fail to place the right ad bids, one of two things might happen:

So how can you choose the right Facebook bidding strategy?

In this article, you’ll find all the information you need.

Note: If you are new to Facebook ads, Read How to Set Up Your First Ad On Facebook? first.

You’ll be competing with hundreds of thousands of advertisers to buy what Facebook is selling: Real estate on the News Feed, Messenger, Audience Network, and mobile apps to display your ads to the users.

While Facebook will try to satisfy every advertiser,  the space for advertisement is limited even with 1.79 Billion monthly users. Sometimes, Facebook won’t be able to fulfill all the requests. When this happens, the highest bidders will get the most placements.

However, there are three factors that contribute to your ad delivery: your bid, relevance score, and “estimated action rates” (We’ll talk about these later in this article). So the highest bid doesn’t always win, but it is a contributing factor.

The amount you bid for a click –1,000 impressions or conversion — is not what you’re actually going to pay. It’s just the maximum amount you’re willing to pay to win the bid.

Facebook will always make you pay only the lowest amount possible to win the bid and have your ad displayed. That means that if your competition bids $.45 and you bid $.50, you’ll only have to pay $.46 because it’s a penny higher than your competition.

If you try to bid too low, your campaign may not get the exposure it deserves, and you won’t reach your goals. Remember, you always get what you pay for.

Don’t worry about bidding a high amount. You’ll still end up paying the lowest amount possible in the auction to get your ads delivered.

Factors That Affect if You “Win” The Bid.

So how do you make sure that you “win” your bid, as Facebook puts it? There are a few factors to keep in mind, all of which influence whether or not your ad will be shown to the people you most want to see it.

Just a couple of years ago, life as an advertiser was simple and straightforward. You could only bid for your ads by Clicks or Impressions.

These terms, overall, aren’t used quite as frequently anymore; Facebook has you bid on other specifics now. That being said, these terms are still important in order to understand what you’re paying for and why, so we’re going to take a close look at them.

Let’s go through each one and try to understand when you should use these and how.

With CPM (Cost Per Mile) bidding, the amount you’re bidding is the maximum you want to pay to deliver 1,000 ad impressions to the members of your target audience.

CPM is the most unpredictable bidding method, and you may want to stay away from it as you might spend lots of money without any results.

Big brands may want to use CPM since it’s the most likely to deliver a lot of impressions.

What if you’re not a big brand?

If you’re not really looking for specific results, but just want to create brand awareness by displaying your brand to a wide audience on Facebook, CPM could be a good fit.

Once the most used Facebook bidding strategy, CPC (Cost Per Click) allows you to bid for clicks.

This means that you’re going to pay only when a user clicks on your ads. Sounds great, doesn’t it? Your banner could be displayed 1 billion times without you paying a cent if it doesn’t receive clicks.

When bidding on CPC, keep in mind one thing: Facebook, of course, wants to maximize profits. If your ad is has a low relevance score and nobody’s clicking on it, Facebook will soon stop delivering it.

The is key to effective CPC bidding is this: The higher your CTR, the lower your CPC. In the end, a higher click-through rate will grant Facebook the highest revenues.

When you bid on Conversions, Facebook will do its best to deliver your ads to the target audience members who are most likely to convert — to fill your ad set’s objective.

Bidding on Conversions will most likely bring you the best campaign results, as Facebook will deliver your ads to people who are most interested in your offer.

When bidding on Conversions that happen on an external site, make sure that you have the Facebook Pixel installed. Otherwise, Facebook won’t be able to collect any data to optimize your ads.

Where to Customize & View Your Bidding Options?

To customize and view your bidding options, go to the “Budget and Schedule” section.

This can be found in the Ad Set part of Facebook campaign creation.

You’ll see “show advanced options” underneath where you can set up additional bidding options.

When you’re at the bidding section in Facebook Ads and click on the “Advanced options” cue, here’s what you’ll see:

You’ll notice a few things that may look new to you. These include:

We’re going to look at each of these in turn.

Have you ever seen an ad, clicked, and maybe even looked at a product page or added something to a cart, but then not come back until a week later to actually purchase it?

Maybe you wanted to check out your other options first and do some research, or maybe you just plain forgot. Or, it’s possible that you needed to see ads from the same company several times before you felt familiar enough with the brand to click.

That’s why having a carefully-considered conversion window is so important. If someone sees or clicks on your ad and then converts within that conversion window, your ad is still given credit as getting those impressions.

Facebook’s attribution model will, otherwise, show that the user clicks (and you may have paid for that), but that the ad didn’t convert– even though it did. This will throw off reporting, and it will make it difficult for you to assess which ads are actually performing well.

You can also choose if you want to count conversions that happen only after clicking an ad, or after seeing one.

Whether you choose a conversion window that attributes conversions to clicking alone or clicking and viewing, giving customers a few days to respond is typically a good option.

These bidding strategies that we have available now are similar to what we’ve had in the past, but they have different names and some slight changes, so we’re going to go into each in detail.

Lowest cost prioritizes getting you as many ad placements as possible at the lowest cost. Lowest cost with a bid cap makes sure that you’re really keeping things at or below a certain cost.

As the name of this strategy suggestions, you can set a bid cap, telling Facebook not to go any higher for any placement about a specific bid.

This can be particularly helpful if you’re on a tight budget, or if you know exactly what number you don’t want to go over.

If you’ve calculated, for instance, that no conversion is worth more than $2.59, you could set your bid cap there in order to prevent your campaigns from costing you more than they’re earning you.

Then, last but not least, we have target costs.

This strategy lets you set an approximate target cost that you want to spend per bid, but the whole point here is the average cost.

Facebook can go over it and they can go under it, as long as the average comes out to the same bid amount in the long run.

If you have a more flexible or larger budget, this can be a good option for businesses that are willing to invest more in high-priced placements.

The delivery strategy that you choose is more about scheduling than it is bidding, but the two are intricately related. After all, if you decide to schedule your ads during peak competition time (say two weeks before Christmas), you’ll see your ads go up.

You can choose between standard or accelerated delivery.

The basic idea of Facebook’s ad auction has stayed the same over time: you bid on having an engaged audience see (or take action upon) your ads.

That being said, however, the bidding system has changed quite a bit over the past few years.

Some of these changes are substantial, like the ability to set bid caps or prioritize accelerated placements, while others a simple interface change that still requires some new learning.

What’s your favorite Facebook ads bidding strategy? Have you already experimented with the different types of bidding?

Let us know in the comments below. 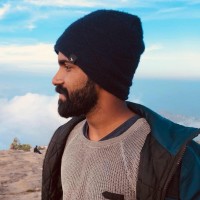 How to Set Up Your First Ad On Facebook?

Good read. Especially the CPC history and use cases.

Why did I choose Crowd1 over Qnet?
Previous Article

How to Find the Right Target Audience for Facebook Ads in 2021?
Next Article

Are we friends on social media, yet? Use the buttons below to connect, then join my list to your right.
Facebook-f
Twitter
Linkedin-in
Instagram
Built with Love & Coffee
20shares